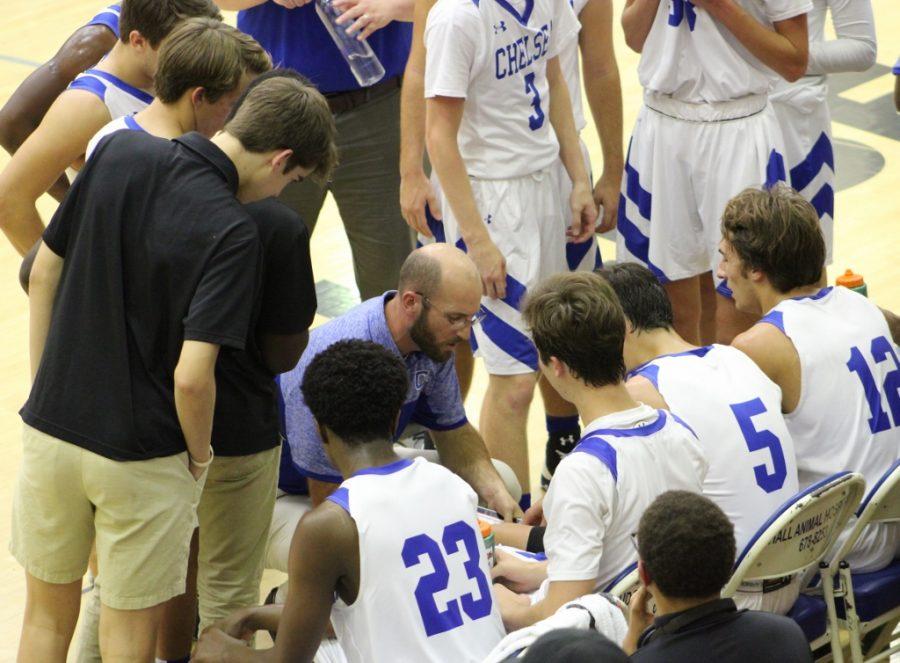 The lineup for this Thursday’s game is Dylan Brown starting at the point guard position, Paul Lanzi as a shooting guard, Carson Camper and Alex Redd will start forward, and lastly Carter Abrams will be the starting center.

This week’s lineup will look a little bit different than the rest of the games throughout the season. This is due to the absence of the team’s football players that also are a part of Chelsea’s basketball team.

The team has worked very hard in preparation for Thursday night’s game.

Captains have not been established yet for this season, though the team will lean heavily on this year’s seniors, Carson Camper and Cooper Griffin. The team will also lean on Paul Lanzi, their most experienced player returning this year. Lanzi averaged 11 points per game last season.

Camper, Griffin, and Lanzi all have very important roles when it comes to leading their team. They are considered the bridge between the players and coaches. Also they are expected to lead by example in everything the team does.

The team has many strengths that have been shown heading into the season opener.

“I believe one of our biggest strengths is our players’ ability to attack the basket and create opportunities for their teammates,” Baumbaugh said.

Baumbaugh also stated that another big strength in their team is the team chemistry.

“These boys enjoy being around each other and are cheering for others’ successes as much as their own.”

Along with Baumbaugh, team member Paul Lanzi also believes that a big strength in the team is chemistry.

“I see the tight knit chemistry of our team, leading the team to our success in the future,” said Lanzi.

“My main personal goal for us as a team is to win our season area games, in order to be able to host and win the area tournament, so we can advance to the playoffs,” said Lanzi.

According to both Baumbaugh and Lanzi, they would love to encourage the students and fans to come out this season and support their team.

“I believe that this will be a fun team to watch, ” says Baumbaugh. Also, basketball games can be a fun atmosphere. The louder and rowdier the students are, the more our guys feed off of that energy.”

“ We have a lot of players who have talent to play college basketball, so we should be very exciting to watch,” said Lanzi.