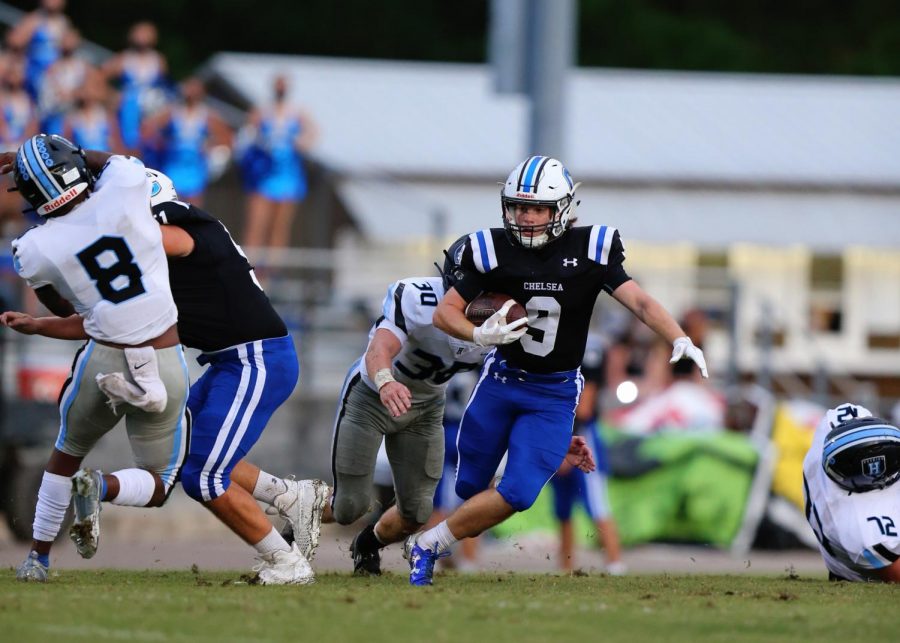 Chelsea and Helena, two bitter football rivals, met Friday night in the second game of the season for each team, with the homestanding Hornets coming out victorious by a score of 27-23.

The back-and-forth contest was decided on the game’s final possession for Chelsea (1-1) when senior running back Collier Blair scored his second touchdown of the night on a run from 8 yards out. The run capped a big drive for Blair, who carried the ball 38 times for 173 yards. On the game-winning drive, Blair had 55 yards rushing and a 6-yard reception.

The Huskies tried to mount a last ditch comeback drive, but senior defensive back Jake Adams picked off a Helena pass to seal the win for the Hornets.

The win avenged a 31-28 loss for Chelsea in last year’s game and gave Chelsea a 5-2 advantage in the series history.

Both teams will return to play this Friday. Chelsea will host another big rival, Briarwood, in the first region game of the season, while Helena will travel to Wetumpka.