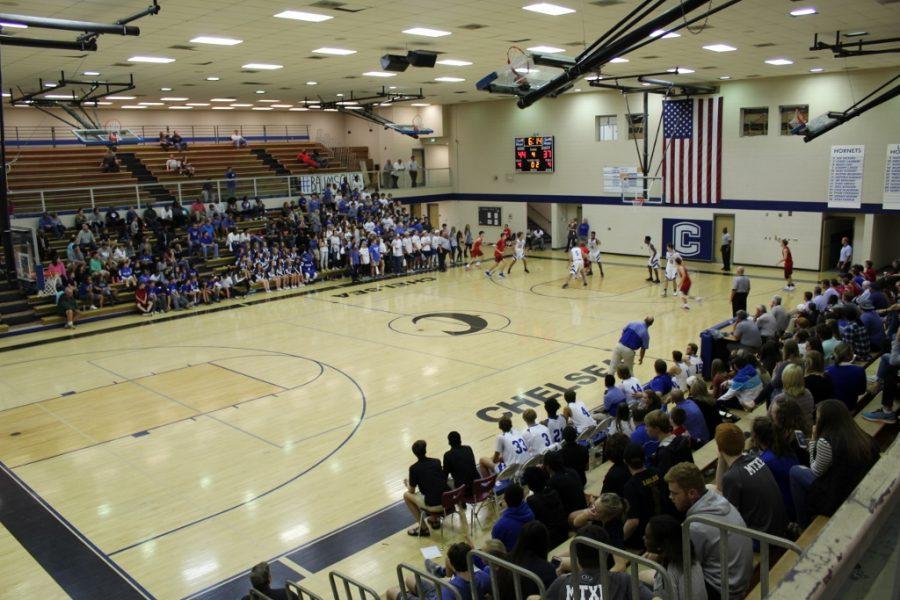 The Chelsea boys and girls basketball teams are each off to great starts since area play began last week. Both teams have compiled 3-0 records after one round of Class 6A, Area 8 games and are in strong position heading to the second half of area play. Here’s a look at how each team performed over their opening stretch of area contests:

Jan. 8 – Chelsea 48, Pelham 45 – Chelsea scored a narrow victory on the road in a game that went right down to the wire. Daniel Washington scored 14 points, and Jacob Tierney added 12 points. KJ Hall contributed three 3-pointers in the victory.

Jan. 11 – Chelsea 45, Calera 42 – The Hornets rallied from a four-point deficit by outscoring the visiting Eagles 10-3 down the stretch to capture the win. Daniel Washington had a strong night, finishing with 22 points to lead the way.

Jan. 15 – Chelsea 54, Helena 44 – Jacob Tierney posted a team-high 20 points to lead the way for the homestanding Hornets to improve to 3-0 in area. Daniel Washington added 16 points in the win.