An end to the Chelsea football season 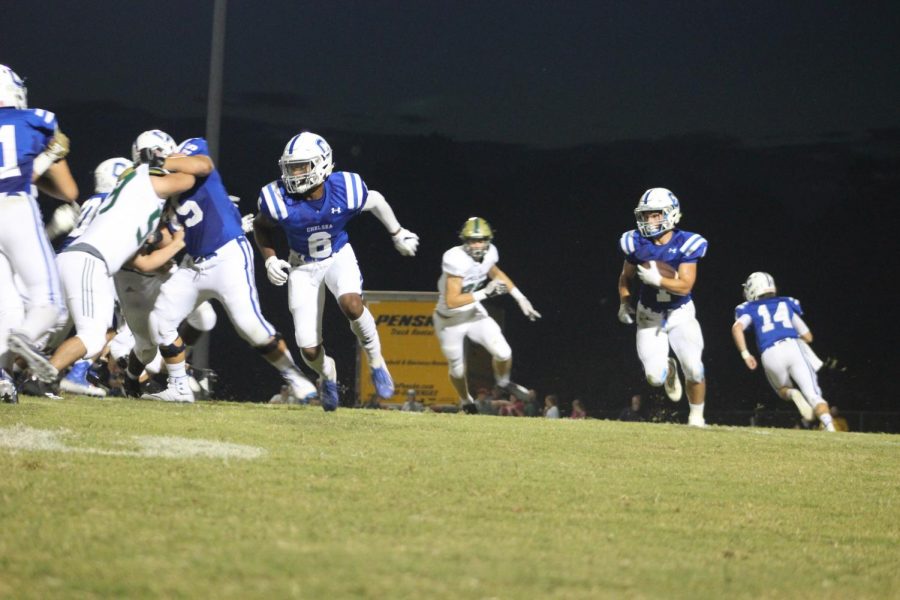 The Chelsea High School football season has come to an end. It was not our best year but we still managed to get two wins for the season.

We have had many rivalry games and close matchups  that have not gone in our favor. Although our team has gone through the whole season with only two wins, our fans still make it a point to try to come to every game.

Chelsea is the fastest growing city in Alabama which can accomplish many things. One of the things it can do is, we can receive better players that move to this city. Having these players may cause us to become a better team all around and help us get more wins throughout the season.

Many players had big impacts on this team throughout the season. Although there were these good players, there was also a lot of players that got injuries this year. That is one of the reasons I think that we didn’t win as much games is because of all the injuries.

Next year Turner Griffin (Chelsea’s QB) will have graduated and we will have a new starting quarterback. We do not know who this quarterback will be yet but once he gets to playing it should be interesting to see if our team progresses or not.