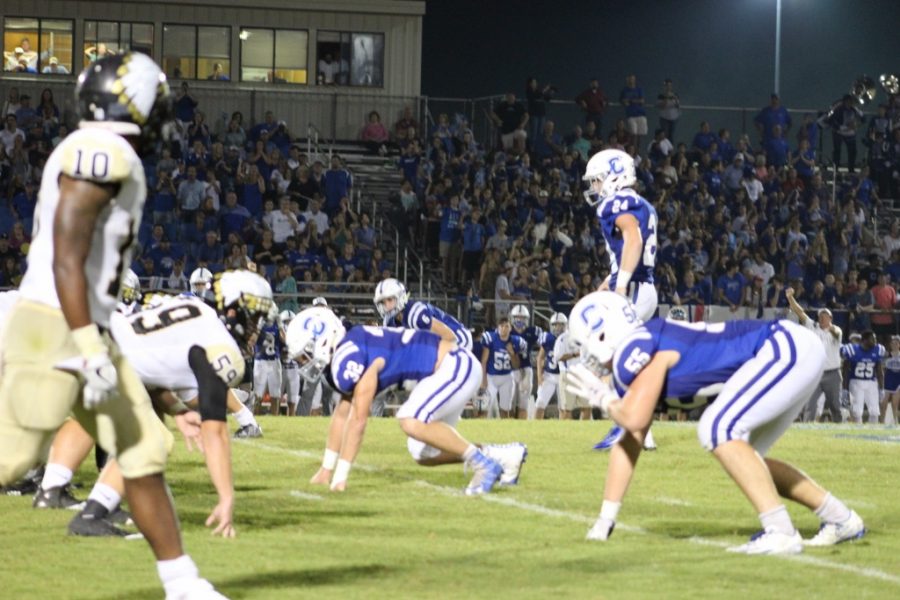 With high school football season coming around the corner, students and of course football players are antsy for the rival Chelsea vs Oak Mountain football game. I interviewed Warner Wright, a Chelsea football senior, about the upcoming game and what he expects out of it, along with some questions about himself.

Q: What are you most excited for this football season?

A: “The Briarwood  game most def”

Q: What position are you?

Q: What number are you?

Q: Do you think you guys are going to beat OM?

A: “I’m pretty confident, taking it one play at a time hoping to have the same result as last year”

Q: What game are you looking most forward to this season?

A: “I’m supposed to say I’m focused on the next game, next practice, and next play to stay focused but I can’t lie I’m pretty excited to face some of our rivals such as Briarwood”

Q: Opinion on football team as a whole?

A: “Lost a lot of good players, but have we have up beat energy and drive as last year”

You’ve heard it personally from one of Chelsea’s defensive ends. The Chelsea Vs Oak Mountain game will be on August 25th at Chelsea’s stadium. Go Hornets!