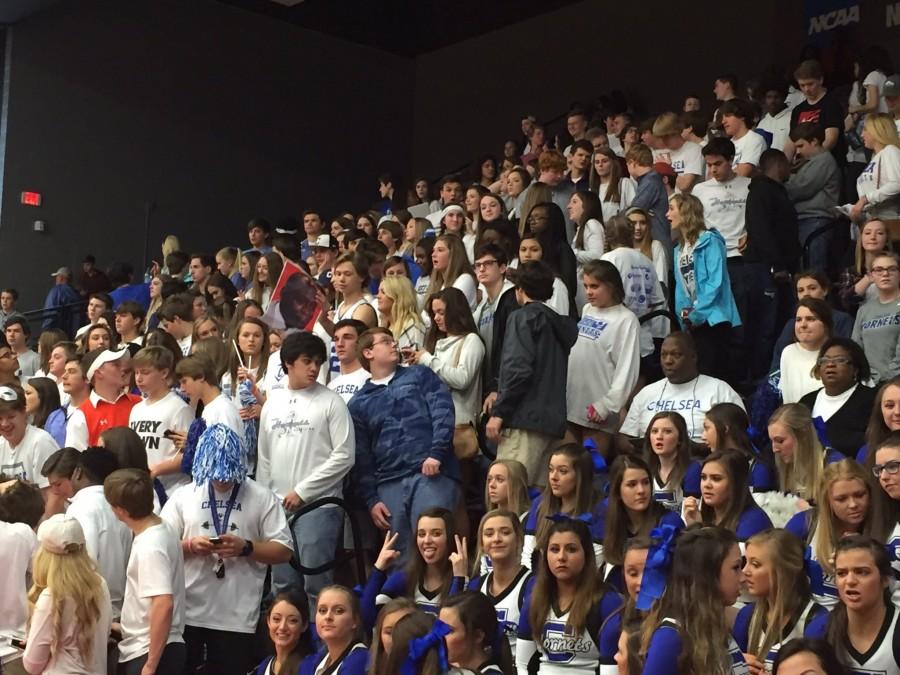 The student section cheers on the Hornets in Jacksonville.

JACKSONVILLE — The Chelsea boys’ basketball team’s fantastic postseason run came to an end Monday afternoon at the hands of Center Point in heartbreaking fashion, 59-56, in the Regional semifinals.

The Hornets held a slim 3-point lead in the game’s closing seconds until Center Point nailed a 3-pointer with less than a second remaining on the clock to send the contest to overtime.

Joseph Lanzi’s basket in the final minute of the extra period knotted the score again at 56, but Center Point held the ball to try and get the game’s final shot and made yet another deep shot for the win.

The loss caps another season that saw coach Nick Baumbaugh’s squad reach the Regional tournament in Jacksonville for the second straight year. Vincent is the only other team in Shelby County to make it to the regionals the past two years.